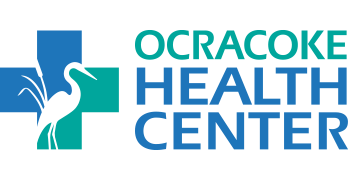 Cheryl Ballance, our CEO, was interviewed on North Carolina Public Radio – WUNC to talk about what it takes to manage our health center in one of the most isolated communities in North Carolina.

Ocracoke Health Center CEO Cheryl Ballance estimates that anywhere from 8,000-10,000 people visit Ocracoke Island on any given summer weekend. Many visitors catch a ferry back to Cape Hatteras after less than a day, but hundreds of vacation rentals and hotel rooms are consistently filled from late spring to early fall. During those months, the staff of the tiny clinic are stretched to their limits.

The surge produces an unusual degree of egalitarianism at the clinic: a physician will administer shots, a nurse will sweep the floor, and anyone will fix a broken toilet. In the offseason, however, Ocracoke falls quiet. Once the tourists leave, the less than 1,000 year-round residents have few options to earn an income, and some choose to eschew the hours-long trip to the nearest hospital to address more serious medical concerns. Despite the drop in patients, the clinic must keep itself running year-round. And according to Ballance, it barely scrapes by.

Listen to the Interview on WUNC:

Want to join the discussion?
Feel free to contribute!